A little dress for Ema, a big win for me!

An important lesson learned by sewing…

make it? Worse than that, whatever you did was met with a series

of struggles and in the end, the results seemed disappointing? If the

answer is yes, then read carefully what follows… I hope from the

bottom of my heart that after reading this you’ll say, “Yes! I CAN

actually do it! I can reach my goals even when I encounter

Not only will you know how to do it, but you’ll surely understand that

the result matters less than the mindset you have while doing it!

From now on, you’ll surely be surprised that you’re stronger than

Last week, I was sitting behind my sewing machine kindly lent by

my mom. I was feeling overjoyed I was excited and really motivated

to make for Ema, the BJD I created, that floral dress with a yellow

I was feeling very proud, because I was going to make it on my own

from the first one made by a friend (OK, I only cut the pattern and

fabric, but I helped her with all my strength and mental energy while

watching her with great attention and admiration).

margin to sew the hems, so far everything was going well.

Fortunately, before cutting it, I realized that I had two right sleeves,

because I had forgotten to turn over the pattern. Noticing and

disorder (Ah, not this right, the other right? What do you mean, the

So, I started sewing … and things got complicated. My damn

dyspraxia makes things very difficult when it comes to figuring in

what order to sew the pieces (and yes, there is a specific order!)

ordeal! It’s a feat for me. Now, to help me, I had a sewing book in

Japanese (I’m not fluent…) with photos … of another model. So, I

proceeded by deduction, moving slowly and cautiously. I wanted to

go reasonably: I would only sew one piece a day to avoid mental

by the shoulders, easssssy! Assembling the sleeves: It should be

OK. I thought I’d do both in one day.

Hmmm … no! Big mental bug to understand in which way to

(“Not sure a professional would have done things this way, but

anyway…”), I managed to make not only one, but 2 snags in one of

the sleeves. Big disappointment and panic.

What to do? Make another piece to replace the damaged one? The

most logical solution … too risky for me. I could have failed 10

times, get discouraged and give up along the way. But … repairing

a snag is something I know how to do!

And here I was repairing it. Once the small holes were repaired, I

started assembling the other sleeve the next day.

the previous day, it would be a piece of cake… The great thing

about dyspraxia is that every time is new. Infinite relearning! How

Fortunately, it all went well (we will ignore the shift in the edges that

refused to get correctly aligned, not only once, but twice in a row

and it took 3 tries to succeed.

Then, there was this funny time when I thought:

“Oh! Why isn’t there a drop-shaped fastening in the back? Didn’t I

put the piece correctly on the fabric? Nothing surprises me about

myself… But no, wait… Arghh I sewed the pieces backwardsssss!!”

Dear reader, believe it or not… I had sewed the right piece of the

back on the left and vice versa. I was then able to assemble two

sleeves by putting them together with a middle back!!!! Wow! Real

At that point, I didn’t know if I should laugh or just cry!

I guess you understood that the option of “undoing everything and

for me. I might make the same mistakes or 10 new ones along the

My philosophy? “Go forward at all costs and find ways to fix things along the way.”

Any idea what saved me?

I remembered something a friend told me:

“I don’t have any nephews, Lydie.”

“OK, OK, imagine that you’re with Mathilde’s nephews (Mathilde is

my oldest friend). You go there and you realize that for some

unexpected reason the park is closed for the day. If your goal was

to only go there, you and the kids will be disappointed, right?

“On the other hand, if your goal was to have a good day with the

kid, you’ll have fun no matter what! You’ll find something else to do

and you’ll still have fun!”

disgusted, in short, I was about to give up, I remembered that what

mattered to me was not how or what would happen, it was why I

was doing it. No matter the struggles or bad surprises, if my goal

was to have fun doing something, why making such a big deal out

of it and feeling demoralized?

turn out to be exactly what I had decided!

What would make a difference would be my mental, not external

mistakes into a success instead of a failure! Not being able to do it

exist as such, there are only experiences!

So, since I had been able to assemble the sleeves despite the

difficulties I had encountered so far, I wasn’t going to give up just

the back, damn it!

The sleeves looked rather good despite having been sewed the

wrong way! I was very curious, even excited at the idea of seeing

what the back of the dress would look like!

Now, the desire to finish at all costs had taken over and I was super

I finished this little dress and you know what? It’s great! (So great

that my Unoa, Kié wears it beautifully and it’s a shame it’s not

It’s not what I had in mind, it’s even better. It has flaws, but it is

unique! (I would not be able to make it again, impossible! It’s too

much to ask to a dyspraxic! XD).

Hey, you who’s going to adopt Ema “The Autumn Girl” you will have

a unique dress with perfect imperfections! I want you to remember

(and also those who will not adopt Ema!) that since this little dress

is a great victory for me, each little action that you make, even if it

doesn’t go the way you had hoped is a GREAT victory! And it

doesn’t matter how many sleeves or backs you’ll sew backwards, or

the struggles you’ll have to face, you’ll know you can make it!

PS. Guess what? I wrote this article several weeks ago and … and

the following week I was told that I was going to be an aunt!! My

PPS. I would like to congratulate those who cling to achieve what is

important to them whatever the field!

Receive “The Ray of Sunshine” 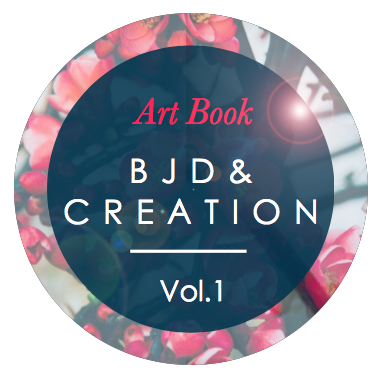 Once a month, in your mailbox, a short article written to make you smile!
You will also discover my work and my creations in preview.
Be careful that the E-book to download as a gift doesn't get into your spam or trash. :)